Simpson Estate is a family owned vineyard, located in Yallingup, at the northern end of the Margaret River Wine Region.

The proprietors, Paul and Jenny Simpson, have enjoyed a long-term passion for the fine wines of Australia, whilst also studying and appreciating those of other regions, particularly Bordeaux and Burgundy.

The Simpson family’s involvement in wine dates back over half a century, to the infancy of Australia’s wine industry, when Paul’s father Brian worked with a leading Hunter Valley wine producer. A recognised wine educator, Brian’s enthusiasm was passed on to Paul.

The vineyard was planted in 1998 by the authoritative Margaret River viticulturalist, Albert Haak. The first vintage under the Simpson family's ownership was 2007.

No effort is spared as we strive to produce wines of the highest international standards. Simpson Estate will remain a producer of small quantities of wine fully expressing the attributes of the site and the Margaret River Wine Region generally.

The Simpson Estate logo is the Simpson family crest, the origins of which date back to sixteenth century Britain. 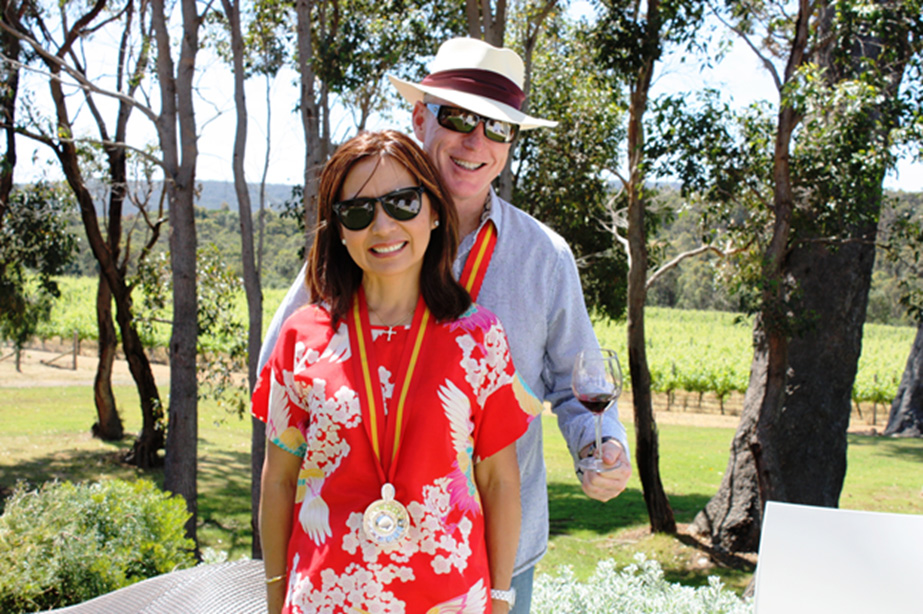